Yet another aspect of ConstructAbility’s corporate culture is found in one of its core values: striving to serve as an upstanding member of its community; for all the right reasons. This precept extends to not only its local and regional communities, but, in a much broader sense, to all the communities in which it serves, whether elsewhere in our nation or abroad.

ConstructAbility views this wide-ranging concept as including, but not being limited to volunteering, which would generally be the first initiative that comes to mind when one thinks of community engagement.

Extending this to a broader platform, by striving to maintain high ideals at the core of its business strategy, the ConstructAbility team looks out for a client’s interests as they would their own, and in the case of municipal interests, never loses sight of the public trust. Whether it’s a public or private initiative, ConstructAbility recognizes the importance of all entities contributing to their communities and seeks to join their continued success by serving them well.

Based in Westlake, Ohio, ConstructAbility’s owners and family members have supported the area in which they live and work long before the business’ formation, and continue to participate in various community initiatives.

ConstructAbility recognizes that being good citizens, playing fairly, and exerting a positive influence on all communities are in society’s best interest, and helps everyone to thrive. Current initiatives include participation in: 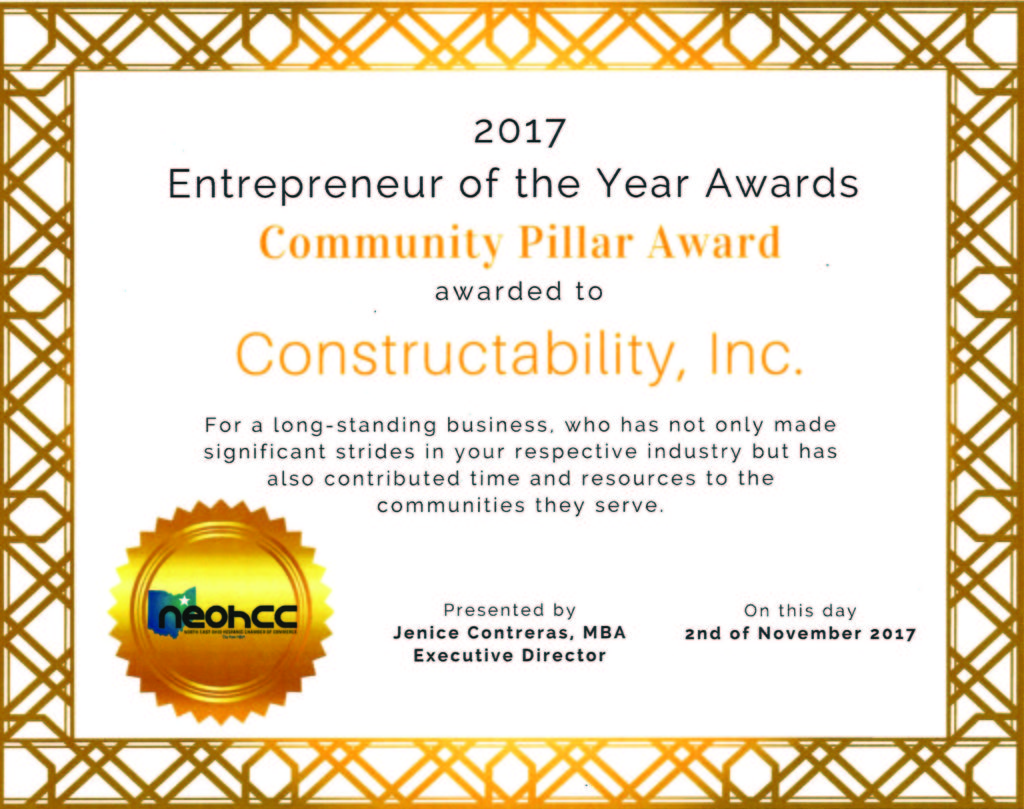